Brianne gave birth to her first daughter, and had a little bit of what everyone calls the “baby blues” afterwards. Five years later, after her second daughter was born last year, things got much worse. She felt like she had no energy, no connection with the baby, and nothing but sadness mixed with anger, which she often took out on her husband and older daughter. She cried all the time about what felt like nothing. Something was wrong, and she knew it – but she said she was so embarrassed that she simply didn’t leave the house, answer the phone, or let friends and family see her. 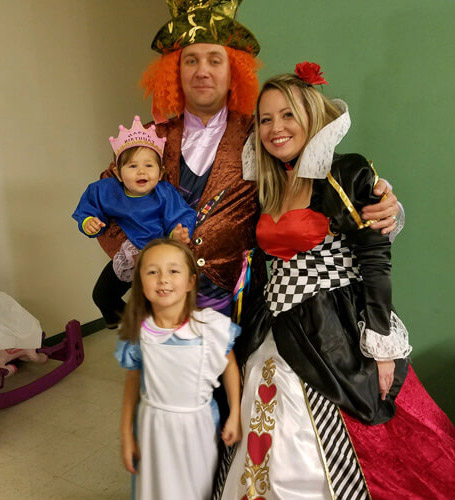 Her sister-in-law stepped in six months into Brianne’s struggle after her brother called her for help. She had gone through something similar when her son was born, knew what was going on with Brianne, and called her to tell her it’s ok to feel that way, she’s not alone, and it’s possible to feel better – reassurance Brianne was relieved to hear. Her sister-in-law had researched options for post-partum care in the area, and urged her to call for help. Within 48 hours, Brianne had an appointment with a counselor, Courtney, at The Alexis Joy D’Achille Center for Behavioral Health at West Penn Hospital. She says that from the first meeting, where she was able to talk about anything and everything without feeling judged, she felt like she was able to start putting herself – and her family – back together.

"I know that that took a lot of toll on my husband. He’s very quiet, and I'm more of an outspoken person than he is, and so he didn't really know what to do. He just kind of was like in the shadows a little bit, and actually I brought him to one of my therapy appointments one time just so he could kind of get in on that, too. Without his support, I wouldn’t have even been able to do what I was able to do."

Shannon, a dentist, photographer, and mother of three, started having feelings of anxiety after the birth of her youngest daughter in January of 2017. She knew she was struggling with some issues of depression, but as many other women do, she assumed that it was just the stress of a having a new baby at home. When she went in for her 6 week follow-up, she realized her levels of anxiety shouldn’t be so high. Even though her baby was sleeping through the night, Shannon could hardly sleep at all.

She began seeing a counselor and social worker, but when she returned to work that next month, her anxiety and depression continued to get worse. She started to experience intrusive thoughts, which she described as "hallucinations, and having thoughts that are outside your normal behavior."

In June, Shannon had a dream that she brought harm to her baby. That’s when she immediately reached out the Women’s Behavioral Health team at West Penn Hospital.

"We discussed the issues I was having and they put me into the Intensive Outpatient Therapy program. Slowly but surely you learn that it’s not just you. I felt completely supported and legitimized. Anxiety is debilitating. It’s the scariest feeling I’ve ever had in my life. You look normal from the outside but on the inside you have this fire of anxiety and thoughts, and it’s difficult to explain."

Today, Shannon feels she’s close to getting back to where she once was. She still goes in for therapy once a month, but no longer has thoughts of being a bad mom. Shannon also spoke at the Alexis Joy Gala in April to help other mothers coping with postpartum depression.

Ashley is the proud mom of 21-month-old little girl named Laine. A few months after her daughter was born, Ashley noticed changes in her behavior that seemed like the result of less sleep, and maybe some of the baby blues. But over time she realized it might be more than that. 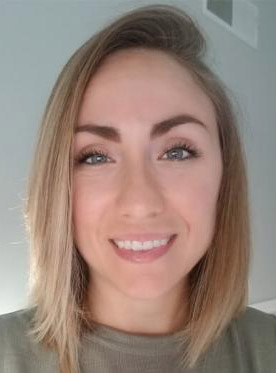 "We all know about baby blues, but nobody mentions anger. I was never actually sad or overly anxious. My primary thing was rage; I’d snap at anyone and get angry. I thought it was lack of sleep, not enough patience – new mom stuff. I have a history of anxiety and depression, so I was at risk, and I knew that. Five or six months in I realized something was really wrong. Post-partum anxiety makes you short and snippy. My mom and husband, the closest ones to me, were the ones I lashed out at the most. They also thought I was just tired and overwhelmed. I tried to cope on my own by changing my diet and exercising, and even though those things had worked in the past, they didn’t this time."

She wanted to try medication, but breastfeeding was extremely important to her, and she thought she couldn’t medicate and breastfeed at the same time. She had run into challenges with breastfeeding at the beginning and had gone to the Nursing Café mother-to-mother group at West Penn Hospital for support. During one visit, someone from the women’s health department came in and spoke with the new moms there about post-partum mental health. Ashley kept the brochure, and a couple months later, she called and got help.

Ashley and her husband are trying for a second child. She admits that for a while was scared to get pregnant again given what she went through the first time, but with medication and regularly visits with a nurse practitioner, Samantha, and with Courtney, a counselor at West Penn, she feels ready.

Join the cause on social media. Share your story, bring awareness, offer your support, and stay up-to-date on projects and developments of the foundation. You can also subscribe to our newsletter to see you generous support in action.